Our latest news and insights to keep you up to date. 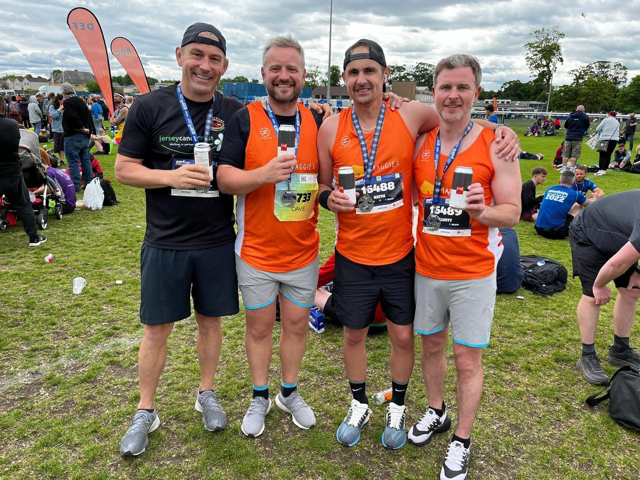 The series of challenges began in March and culminates shortly in October.  Graham’s motivation for the challenge of challenges was losing his brother Craig to cancer last year.

Hospital staff and nurses from Macmillan supported Graham’s brother in Jersey, Southampton and Edinburgh and enabled him to manage his illness with his “just get on with it” attitude.  They were an invaluable support to both Craig and his family during his illness and have remained so.

Graham’s September challenge saw him take on the annual Swimrun Challenge in Jersey before continuing to complete a total distance of 865km through swimming, cycling and running marking the distance between Macmillan Cancer Support Edinburgh and Jersey.

Graham is a Director at Oakbridge Group in Jersey and his employer has supported his challenges along with family and friends taking part in different stages of the series.

Graham said:  “My brother took on the biggest challenge of his life and did so with amazing courage and bravery.  I wanted to do something in his memory and raise funds to create a lasting legacy to help others in the same situation.  My calendar of challenges whilst gruelling is nothing compared to what Craig went through, he is always on my mind especially when the going gets tough.”

Graham’s challenge series culminates in the London marathon which takes place a year to the day that Craig lost his fight next month.

Graham is raising money for MacMillan Jersey and the Jersey Cancer Trust.  You can find out more and donate here.